Writing the Perfect InMail on LinkedIn 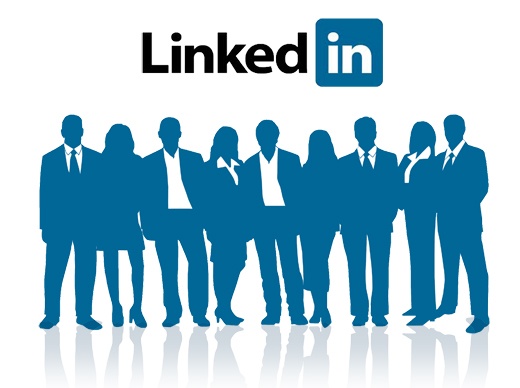 In the quest to fill your company's open positions with top talent, it's often necessary to pursue passive candidates--those who are currently employed and not actively seeking a new position. After all, if you're looking to fill a role that requires a very specific skill set, where better to start than to try and poach a candidate who fills that exact role at one of your competitors? With 300 million profiles and excellent search technology, LinkedIn has emerged as the most efficient way to pinpoint passive candidates in the exact roles and employers of your interest (provided you have an upgraded account, of course).

But finding your ideal candidate on LinkedIn is only half the battle. Getting their attention and convincing them to talk further about your position can be a tall order. The working populace has grown steadily more desensitized to emails, and trying to get someone to pick up their phone is a Herculean task in a world infatuated with texting.

The good news about LinkedIn’s InMail system is that it hasn’t become oversaturated—well, not for all industries. Trying to court a senior backend developer over LinkedIn is still a bit like asking the Prom Queen to dance--you're probably getting ignored unless you're the captain of the football team, i.e. Google.  But that's another post in and of itself.

In general, the workforce has grown accustomed to ignoring or deleting hundreds of email solicitations a day, but an InMail being more scarce is, therefore, more valuable. That doesn't give you free rein to blatantly SPAM candidates. If your InMail reeks of a solicitation, it will be ignored like any other online noise that the candidates are subjected to daily. But the unsaturated environment on LinkedIn does at least give you a better chance to grab their attention. Writing the perfect InMail isn't as hard as you think. So long as you follow a few simple tips to keep your InMail from appearing like a solicitation, you’re more likely to have your message read and well received.

Include something current in the subject and possibly the opening of the message. Reference the day of the week or another topical subject like a major sporting event, a recent holiday, or particularly inclement weather. Once your prospect realizes that they’re not receiving a generic copy and pasted message, that it contains some individual thought and effort, it’s much more likely to be opened.

If you want to take it to the next level, don’t even mention a job opportunity in the subject. That will immediately throw up red flags in the candidate's mind and put them on the defensive. You're trying to set up an open dialogue, not cram your offer down their throat. Sometimes a simple, “Happy Monday!” is all you need to show your prospect that you come in peace.

Your whole message doesn’t need to be personalized. In fact, the actual details of the opportunity probably won’t change at all. The opening, however, needs to show the prospect that you’ve taken the time to understand who they are and why they’re a good fit. Reference their experience; compliment a point they make on their personal statement. As you were browsing their profile, something must have caught your eye. Make sure you tell them specifically what it was that made them special. That will, in turn, make you special and help you to differentiate yourself from other recruiters that are simply throwing darts at search results.

Don’t build up unrealistic expectations. If you’re paying in equity, tell them. If there’s no relocation stipend, don’t say it will be considered. Honesty is always the best policy. You’re asking these prospects to consider leaving a stable situation at their current employer. Luring them away with a bait-and-switch is not only bad business, it’s just plain unethical. Not to mention, it’s a waste of everyone’s time. You might not get as many prospects in for interviews, but why bring someone in for an interview under false pretenses and lose them anyway. You’re more likely to get genuinely interested candidates who have a solid understanding of the opportunity at hand if you're completely open about the position.

4. Leave a Call to Action

This may seem obvious, but there should be a specific next step. Don't overload them with options, make those options discreet, and make sure you give a general time frame to help incite action. Maybe you'll give them a link to apply through your ATS, or offer an open invite to write you back with questions, but keep in mind that they likely already have full time jobs. If you ask them to give you a call, you can expect a lower return. They're not going to be running off into the broom closet to call you behind their boss's back.

Also make sure to keep it time focused. If you're interviewing candidates next week, make sure they know that. Even if you're not, you'll get higher responses by putting a limited time frame on the action. There's an old saying in sales, "Yes + Time = No." The longer someone thinks about something, the more opportunity they have to wonder why they didn't act right away. Candidates will get cold feet if you give them the opportunity to second-guess themselves.

Anyone can write a robotic sounding job offer, but it's surprisingly difficult to sound casual. Read it back to yourself before you send it. Does it sound like a sales pitch? If so, scrap it. Show some personality--even crack a lighthearted joke if you want (as long as it's in good taste). You're putting these prospective candidates on the spot and asking them to make major life decisions. You'll get better responses if you take some of the sting out of the delivery. While they're looking at an intimidating prospect, they shouldn't be looking at an intimidating message.

Don't expect to have candidates knocking down your door. Try to keep the situation in perspective. Not everyone wants to change jobs. Maybe they actually like their job. Maybe they fear change. Just think--if this person is your ideal candidate--they're probably everyone's ideal candidate. This might not be the first time they've be solicited. It might not even be the first time this week.

If you expect everyone to write you back, you'll be very disappointed. In fact, half of them will probably write you back to ask you not to contact them in the future. Don't take it personally and always be highly respectful of the candidate. Remember, this is still the rough equivalent of a cold-call. The best you can do is try to make it as warm as possible and respect the party on the other end of the message.

Basically, the goal is to sound like a real person. Keeping it short and simple--casual, but professional. The tips above will help you inspire action while showing that you've put some real human thought and emotion into your message. Even if they're interested in your company, there's not a candidate on the market that wants to work for some sort of robot overlord. If you've watched any Sci-Fi movies, that situation never seems to pan out well for the humans.