The Pros and Cons of Recruiting Job Hoppers 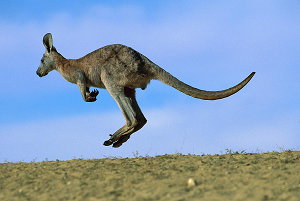 We all know people who seem unable, or perhaps just unwilling, to make up their minds. Everything is a process. Where to go for dinner. What type of television to purchase. Even texts to potential love interests get painstakingly scrutinized.

Job hopping is a common practice. In fact, at any given time, anywhere from 60% to 84% of employees in the United States are considering leaving their jobs. This translates to over 2 million Americans voluntarily departing each month, which naturally means a lot of people are actively looking for new positions.

This raises an important question: should businesses and recruiters ignore job hoppers? Should their checkered work history prohibit them from earning job offers or at the very least, interviews? Below are the reasons why you should both be wary of job hoppers and give them a chance.

Why You Should Give Job Hoppers a Chance

1) Job Hoppers May be Versatile

A survey of 1,500 staffing recruiters and hiring managers found that job hopping is the biggest obstacle to regaining employment. Perhaps it shouldn’t be, however, as job hoppers are versatile enough to earn multiple positions in multiple companies. Roles and responsibilities will be varied, meaning they will learn a number of different skills. Additionally, if a certain employee is adaptable enough to have earned all of their positions, that means the potential is there for that person to be molded into an ideal employee.

2) Job Hoppers May be Risk Takers

Many people remain in “dead-end” jobs for fear of the unknown. They figure that if they leave, they might never find anything as good as their current situation, even though their current situation is slowly killing them. Job hoppers, however, may not be content doing something they hate. They’re willing to risk their next position being worse as long as there is a chance at something better. The fact that they have changed jobs in the past may be more of a sign that the right situation will be the key to motivating them, rather than a sign that they are a poor worker.

Why You Should be Wary of Job Hoppers

1) Job Hoppers May be Flaky

The fact that 39% of recruiters say the biggest obstacle for unemployed candidate in regaining employment is a history of regular job changes is probably a good indicator that job hoppers are not viewed favorably in the world of business. Companies that hire new employees don’t just want them there for a couple of months; they want people to grow within their organization and emerge as leaders. Bringing in someone who may switch jobs immediately after they are onboarded is an unnecessary risk, as there are likely much more loyal workers on the market.

2) Job Hoppers May Wind Up Costing a Lot of Money

This, ladies and gentlemen, is the big one. Job hoppers are a risky investment because they ultimately wind up costing companies a lot of money. The average cost to replace an employee is 21.4% of that employee’s yearly salary, so if an organization is constantly paying a little over a fifth of a worker’s salary, they’re going to be very careful about the type of person they hire.

Ultimately, job hoppers should be evaluated on a case-by-case basis, as some probably have not found the right occupational fit yet. A discerning eye should be used on each resume, however, since unnecessary spending can indelibly harm companies.