Resume Fraud: How Recruiters and Businesses Can Know if Candidates are Lying 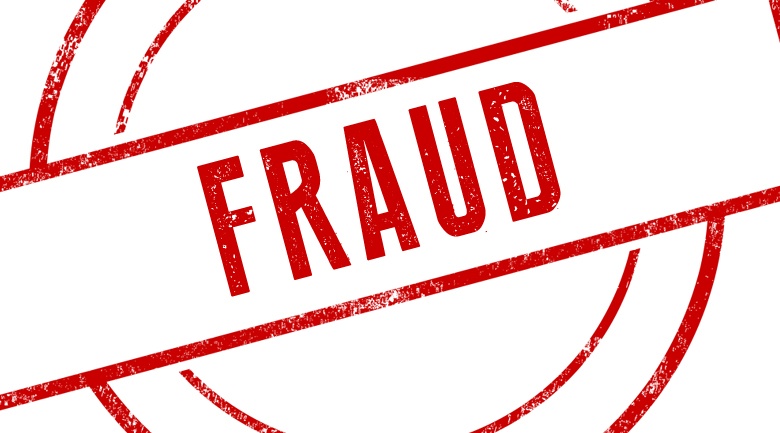 Lies. We’ve all told them. Even Honest Abe Lincoln, who famously said, “I cannot tell a lie,” had his share of fibs. Realistically, any politician who can convince the voting public that he’s never lied in his life is a more adept fabricator than just about anyone, but that’s neither here nor there.

And it was George Washington who said, “I cannot tell a lie,” after he chopped down the cherry tree. So, I guess you can add me to the list of liars as well.

When it comes to the business world, it’s pretty much guaranteed you’ll interact with your fair share of liars. Unfortunately, that’s not cynicism; it’s the truth. It’s not only your coworkers or clients that lie either. If you’re a hiring manager or recruiter, you have likely been lied to by numerous candidates. In fact, 38% of United States workers admitted that they have embellished their job responsibilities on their resume in the past. Additionally, 49% of employers have actually discovered a candidate lying on their resume. Which means 11% even lied about lying!

You might be saying, “Hey, desperation breeds deception.” That may be true, but it doesn’t mean you should simply forgive lies on a candidate’s resume or in their interview. If they’re the type of person who would lie on their resume, they may very well be the type of person who lies to their boss and coworkers. Additionally, and this might not be the “morally correct” thing to say, but if they’re the type of liar who gets caught, then you DEFINITELY don’t want them on your team.

It’s not only those vying for junior positions that lie on their resumes either. A survey found that of more than 7,000 applicants for executive positions, 23% misrepresented personal information. Of that 23%, 71% lied about length of service, 64% lied about accomplishments, 60% exaggerated managerial experience, 52% identified attendance at college as a degree, 48% overstated job responsibilities, and 41% omitted negative employment experiences. Take David Edmonson for example, who was fired from his CEO position at RadioShack for forging his degree from Pacific Coast Baptist.

The bottom line is that the cost of making a bad hire quickly adds up, as the time to hire, train, and onboard new employees is extremely costly. It’s up to you to weed out the fibbers before they make it that far. Below you will find various methods for determining if a candidate is lying to you.

Know Where to Look for Lies

The most common areas on resumes where lies appear tend to involve employment history and education. Many jobseekers embellish the years they spent at a job or fill in employment gaps with fictitious companies. There are even websites such as Careerexcuse.com that will create fake job references and anything from an associate degree to a doctorate degree to a fellowship.

A careful line of questioning about a candidate’s time at school or employment record will help tremendously in weeding out liars. Ask specific questions such as: How did you achieve the stated results? How did you measure whether you accomplished the stated improvements? What role did you play on your team?

The big question is always going to be why they left their last job.  If they tell you they wanted more upward mobility and left their job at Goldman Sachs for a job at the local Dairy Queen, maybe that story needs to be looked into.  If they were out of work for six months because they travelled the world, cool.  But visiting four continents in World of Warcraft, doesn't count.  Ask for details.  It's easy to have a well rehearsed one-liner about anything, but weaving a believable story on the fly takes a true sociopath.

Of course, background checks are now absolutely critical considering the rampant resume fraud among jobseekers. They may seem like a tedious time sink, but every detail on a resume needs to be examined under a microscope, including degrees, dates of degrees, degree majors, employment history, exact dates of employment, direct supervisors’ names, job titles, job functions, and salary history. There are plenty of services that will do complete criminal and background checks, but many employers choose to do a bit more legwork on their own.

If you do choose to take matters into your own hands, you can start with references. If you’re wise, however, you’ll take their references with a grain of salt. What’s to prevent a liar from giving you the number of an old “supervisor” that goes to their friend’s cell phone? You should know that in the U.S., it is perfectly legal to double check title and salary at prior employers. Which means, after you go online and verify that it is in fact a real company, you don’t have to call the references they’ve provided. You can call the HR department or better yet, a supervisor from their old job. You’re more likely to ferret out lies when you’re going to a third party than speaking to someone that the applicant has coached.

The avenues are definitely available, be careful how far down the rabbit hole you go. Yes, it’s extremely common for employers to check an applicant’s social profiles on Facebook and Twitter. But not only does it kill your level of trust in the eyes of your applicants, but it also puts you on shaky ground legally. While it’s not illegal, accessing a candidate’s social network profiles gives you knowledge of their protected characteristics—such as religion or sexual orientation—that would not be apparent through a resume. This opens you up to potential discrimination cases that could be avoided entirely by just steering clear.

It’s well-documented that people who are lying tend to involuntarily do certain things with their bodies. You don’t have to be an FBI profiler, but knowing a few key tip-offs won’t hurt. Failure to maintain eye contact is probably the most known, but liars may also have higher tones in their speaking voices and use fewer hand movements. Liars will also use words such as “I’ or “me” less often than their truth-telling counterparts, since doing so will psychologically distance themselves from their lie.

Lies on resumes and in interviews will persist, mainly because candidates are not incentivized to stop. If someone can slightly alter one fact and make himself a more alluring candidate, he’s going to do it almost every time. It’s up to you to examine every resume you receive with a skeptical eye, because if you recruit someone and find they’re wildly unqualified, it’s going to ultimately hurt you and your company.