Recruiting After the Recession 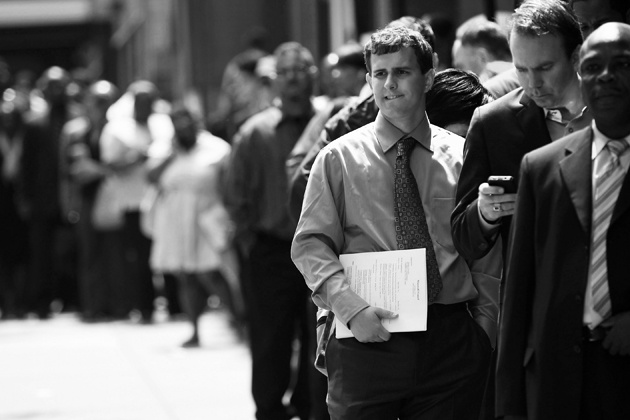 Over the past 30 years, internal HR and agency recruiters have successfully weathered a number of economic storms. And if you weren’t wearing your fiscal raincoat, you might still be soaking wet from the last one. According to the Bureau of Labor Statistics, December 2007, the national unemployment rate was 5%, and by October 2009, it peaked at 10%—a more rapid increase than any period since the Great Depression.

Naturally, this suffering was passed down the line for human resources and recruiting. A shrinking job market and companies looking to downsize never bode well for an industry focused on workforce expansion.

Too many human resources stories from that time sound something like—“Lay off this department, lay off that department, and when you’re done, go ahead and lay yourself off.” All you have to do is read that in Bill Lumbergh’s voice and you’ve got 2009’s HR year in review all wrapped up.

Internal recruiters were almost ubiquitously trimmed as massive layoffs swept across the nation. Meanwhile, the economy-wide stagnation in hiring caused business to dwindle for external agency recruiters.  On top of that, the timing of the worst economic climate in eighty years happened to coincide with a vast tech boom in the HR space that automated many of the daily activities, leading to a reorganization of the entire industry. Perhaps more than most industries, these were lean times in recruiting.

Now that the economy is recovering, those involved in hiring are looking at a vastly different landscape than prior to the recession. So, what does this ultimately mean for employers, HR professionals, recruiters, and candidates?

During the recession, it didn’t take much to have applicants lining up at the door. A steady paycheck—heck, any kind of paycheck was more than enough. As unemployment continues to drop and jobs are being created, however, we’re seeing a great shift in supply and demand.  The balance of power is quickly shifting from the employer to the candidates. Top talent in the available workforce is becoming harder to find. Thus it seems that as the economic storm is subsiding, we’re seeing another storm brewing—a talent storm.

The implications are interesting and far-reaching. First, speed has become an issue. Employers could routinely spend months searching for the perfect employee, endlessly stringing potential candidates along. This is no longer the case. It’s the candidate that has the luxury of choosing their opportunity these days. Employers are quickly realizing that drawing things out and low-balling salaries are no longer viable strategies in hiring.

On the acquisition end, we’ve watched much of the external recruiting move in-house over the past seven years (in-house being a relative term if we’re including RPO firms). The recruiter’s personal/professional Rolodex lost much of its value as internal teams grew reliant on Internet sourcing—specifically LinkedIn—to find available talent. As the available talent market is shrinking, so is the usefulness of these sources.  Don’t get me wrong. LinkedIn is not going away.  With 275 million users, it’s sure to remain a top sourcing tool for years to come. However, as it becomes more and more difficult to find available talent online, the independent executive recruiter’s Rolodex may start to regain value.

Despite technology having facilitated the creation of numerous sources for candidates that did not exist during the last period of economic growth, it’s becoming more and more challenging to find top talent.  While technology can speed certain aspects of the hiring process, it has yet to become a suitable substitution for humanity’s ability to process and filter the abilities of our fellow man.

In essence, the more recovery we see economically, the more competition for talent will continue to heat up. The future of our economy depends on a new surge of talent in the workforce, and until automated HR systems learn to surf, expert recruiters should ride that wave all the way to the shore.