RecruitiFi Featured in Newsweek as a Champion of the Micro-Entrepreneur 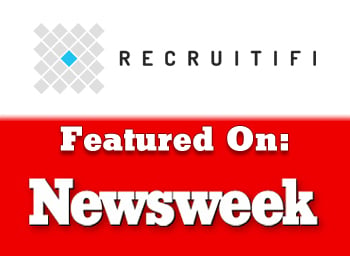 Unemployment is down.  In fact it's down to the lowest point since the summer of 2008.  Naysayers and doomsday preppers, however, will be quick to point out the inherent flaw in this metric. Yes, there is a percentage of people who've taken themselves out of the job market after their unemployment benefits expired, discouraged by fruitless months and years of job searches. No, they're not being counted in these statistics.

But if they could put down their can of beans and crawl out of the bomb shelter for a few minutes, they would see another trend emerging—one that defies statistical capture on the positive side—micro-entrepreneurism. Companies like RecruitiFi, Airbnb, and Quirky are providing hard-working individuals with opportunities to monetize their expertise, essentially providing them with a second business. These "jobs" don't necessarily show up in the BLS employment numbers, but they continue to provide millions of Americans with supplemental income that continues to spur economic growth.

Kevin Maney of Newsweek delves into the idea of "invisible work" as it's being performed by these micro-entrepreneurs in his recent article "Working 9 to 5, Past 9..."  Over the past few years, this new wave of websites has emerged to break down the traditional barriers of what it takes to become an entrepreneur.  The result is discussed in this excerpt from the article:

There is an intriguing by-product to RecruitiFi: Anyone can become a recruiter, much as Uber lets anyone become a taxi driver or Airbnb lets anyone become a hotelier. “There is really no barrier to entry,” CEO Brin McCagg says. So let’s say you’re a successful and well-connected breakfast cereal marketing manager. You probably know a whole lot of good breakfast cereal marketing managers. You could set up an account on RecruitiFi, keep an eye on the demand for breakfast cereal marketers and propose candidates for openings. If your candidate gets hired, you get paid like a real recruiter. Now you have a new line of work that’s really just monetizing an asset—your network—that had been sitting idle.

But this new economy doesn't just benefit a nation full of recruiters, homeowners, and drivers—there's a major economic benefit to the corporate world as well. RecruitiFi has taken this idea of micro-entrepreneurship, also called the "sharing economy," from the traditional B2C applications and brought it to the B2B sector.

In a job market that saw November tout the largest single-month job creation in three years, and 2014 as the highest job growth in 15 years, we're watching the competition for top talent rising to a fever pitch.  Corporations that cut their recruiting departments heavily during the recession are left fighting an uphill battle, attempting to utilize less resources to make more hires than anytime since the '90s.  RecruitiFi provides ample on-demand recruiting resources, which streamlines the corporate recruiting process and puts companies above the fray of the "war for talent."

The Newsweek article discusses RecruitiFi's benefit on both sides of the marketplace:

...RecruitiFi helps illustrate how technology is facilitating horizontal professionals. The core purpose of RecruitiFi is to create an Uber-ish platform for the recruiting universe. Today, when a big company wants to hire an executive, it will usually turn to a headhunting firm, which in turn draws from the candidates it knows. RecruitiFi’s technology pools all kinds of headhunters on one side, and all kinds of corporate clients on the other, much the way Uber pools drivers on one side and riders on the other, with a clever app in between. In theory, RecruitiFi should let headhunters get to see vastly more job openings than they can try to fill, and companies see candidates from a vastly larger pool of recruiters.

RecruitiFi is spearheading this new movement in the talent acquisition field, but it's the beginning of a larger trend in the economy. In a vastly changing business world, technology is not only creating new jobs, it's providing new opportunities for the workforce to capitalize on their existing skills. And while this work may be dubbed "invisible" by statisticians who can't neatly roll into their economic data, it's providing a very real paycheck to millions of people around the world.