Should We Expect HR Technology To Solve Our Hiring Problems? 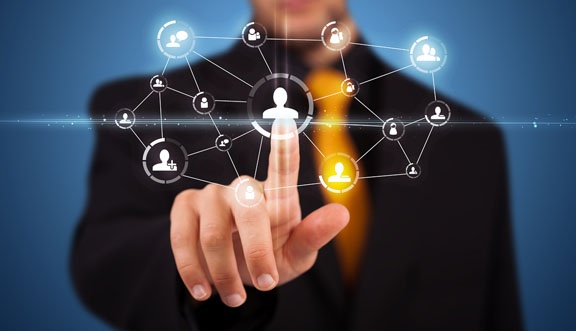 Our resident technology expert and connoisseur of all things Cajun, Doug Horn, recently wrote an insightful blog on whether technology is replacing the human element in recruiting. It’s an interesting post discussing the attempts of ATSs and other recruiting technology to engage in resume matching and other mechanized sorting methods, and whether these sorts of tasks would be best left to a human.

While the blog was a fair and even-handed discussion of both sides, the title alone sparked quite a few guttural reactions from our readers. Numerous people were quick to jump on the anti-technology bandwagon, stating that machines could never truly supplant human understanding in the hiring process, and the ATSs are to blame for even trying.  Protests ensued, computers were smashed, bras were burned—the whole nine yards.

At the risk of spurring additional riots, I have to say that I can’t agree that there’s some evil ATS conglomerate looking to run HR professionals out of their jobs and into the poor house. I understand where that backlash is coming from. I mean, I did see Terminator 3: Rise of the Machines, and while it was not Arnold’s best work, it made some interesting points about the pitfalls that can arise in the pursuit of artificial intelligence.

But dare I say, it’s not the ATSs or the hiring technology companies themselves that spur this sort of innovation—it’s the consumer. That might not mean your average Dick and Jane in HR, but it certainly applies to the average enterprise-level decision maker, who wants higher efficiency and lower costs.  Tech companies are just looking to cater to what their buyers demand.

So perhaps the onslaught of automation and resume matching is as much a derivative of these 1950s Futurology expectations where we’ll all be flying around in our hover cars while our robot butlers prepare our dinner. I’m sure if George Jetson were hiring for a position at Spacely Sprocket’s, he’d expect his ATS to spit out the perfect candidate and be done with it. But that’s not the world we live in, nor is the technology ready for that world. Don’t get me wrong, I loved the Jetsons, but the actual thought of Google’s driverless car still scares the heck out of me. And the idea of hiring a candidate my computer selected scares me even more. My Pandora station still regularly suggests that I should be listening to Justin Bieber six hours a day.  If this is any window into the insight of computer-based wisdom, I’d gladly welcome a sentient machine apocalypse, because this is not a world I want to live in.

The moral of the story is that if enterprise consumers were looking for useful tools rather than a magic bullet, it’s possible that existing ATSs and other solutions would stop trying to be everything to everyone. And they wouldn’t take the heat that they do from your average HR end-user. These tools would simply exist in the realms for which they were created—to help employers stay organized and navigate through their hiring cycle in the most efficient manner possible.

As part of a new generation of thought on hiring technology, I’d like to think I have a unique perspective.  In my time helping to build RecruitiFi, we set out to utilize technology in the avenues where it’s strongest—bringing people together, enhancing communication, organizing information, and speeding up processes.  There’s a lot to be said for role technology can and should play in the hiring process, and having been on the creating end of this technology first hand, I can say it’s a fine line that we’re constantly reevaluating.

But technology is not—and may never be—at a point where the process can be flipped into auto drive. Human understanding and intelligence has to steer the ship to get meaningful results. We created RecruitiFi based on the idea that cutting-edge hiring technology and human insight are not at odds, but belong in a mutual convergence if the process is to be managed optimally. The goal is not to replace processes, it's simply to allow them to move more efficiently so that the limited human resources we have can do more with their time. If anything, we’ve pulled back on our technology over time, allowing more to be done on the human side. And I think a lot of hiring solutions would be received more positively by users if they followed suit.

But this concept has started to make the rounds, as some of the new generation of ATSs clearly understand this as well.  Greenhouse, for instance, excels at helping you to create a hiring strategy while streamlining and standardizing your interview process.  I’ve had the good fortune of hearing their CEO speak at a few events, and it’s great to hear someone that gets the idea that a powerful system is not built on what it does for you, but what it allows you to do for yourself. And that’s the key—the system shouldn’t do it for you, nor should it drive you around the city or make you a delicious plate of Eggs Benedict for breakfast. And the sooner we stop expecting our ATS to do so, the sooner we’ll see more useful, streamlined hiring products on the market. And besides—Eggs Benedict to order? That’s what robot butlers are for.