Hiring People with Criminal Records: The Arguments For and Against 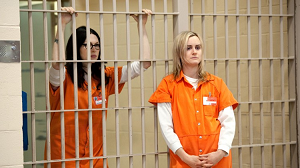 The United States likes being the best at everything we do. You might say it’s an obsession of ours. However, there are a few ways that America dominates the international competition that do not warrant bragging rights. We are the unquestioned champions of credit card debt and fraud. Don't ask me how, but we top the world in deaths by reptile. And we have the most lawyers in the world--though it wouldn't surprise me if there was direct correlation between the lawyers and their reptilian relatives.

Perhaps you were able to infer this from the title, but one embarrassing realm in which we top the world is the number of people we have behind bars. The United States currently sits in first place in worldwide incarceration rate, with 707 prisoners out of 100,000 population sitting in jail cells. USA! USA!

Naturally, this raises some dilemmas when these prisoners are released and begin seeking gainful employment.

FBI statistics indicate that 3 in 10 Americans have some sort of criminal record. Now obviously, the nature of these crimes can vary greatly. A person caught stealing a pack of gum is not the same as someone convicted of a double homicide. Regardless, a 2009 study of 250 entry-level job openings in New York City found that an applicant’s likelihood of getting a callback on a job offer fell by nearly 50% with a criminal record. When race was factored in, black applicants with criminal records fared much worse than their white counterparts.

When it comes to hiring job applicants with criminal records, things get hazy. As with most decisions in life, there are arguments to be made for both making the hire and not making the hire. While 44% of human resource managers admitted to hiring someone with a criminal record, that still leaves 56% who have not. Below, we will examine these reasons in order to determine if one side outweighs the other.

The Argument for Hiring Applicants with Criminal Records

Parole boards decide if prisoners have been rehabilitated and are ready to be released from prison, but there is no comparable board in the application process. Hiring managers have to decide on behalf of their companies if applicants with checkered pasts have been rehabilitated enough that they are ready to reenter the workforce. And they have to do so with little or no objective background information on the situation. Everyone makes mistakes. If someone was convicted of a crime that did not relate directly to their past job, it’s possible that they deserve a second chance.

2) Bans on Employees with Criminal Records Limit the Talent Pool

A criminal record does not mean lack of talent, and it should not be thought of that way. As the Legal Action Center in New York City states, “While employers certainly should take into account a person’s criminal history for the sake of determining if the person’s conviction records are job-related, having flat bans against employing qualified people with criminal records limits the employer’s opportunity to attract and retain a large percentage of the workforce who is trained, motivated, and who has access to a number of resources employers could gain benefit from.” Just because someone has a criminal past, it does not mean they don’t have a particular set of skills that can benefit a particular company. Your next purple squirrel might be Prisoner #24601.

The Argument Against Hiring Applicants with Criminal Records

This is not to say that the hiring of people with criminal records will definitely increase the rate of crime in the office, but high recidivism rates make the hiring of people with criminal backgrounds at least slightly risky. 75% of human resource professionals said that a nonviolent felony conviction would weigh heavily in a hiring decision, while nearly 100% said a violent felony conviction would be factored into the decision. A criminal record is some heavy baggage, and the decision to hire someone with that baggage should not be taken lightly.

2) How Current Employees will Feel

If a company hires someone with a violent felony conviction, the current employees in the office will be greatly affected. That hiring decision will open up a gigantic can of worms in the sense that A) Do the other employees have the right to know they’re working with a violent felon? and B) Does the new employee have the right for his past to remain in the past and to be judged on the quality of the work he will produce moving forward?

Whichever way you lean, it is undeniable that it is a hairy situation for all parties involved.  The U.S. is the land of the American dream, where any hard-working individual has the right to life, liberty, and the pursuit of happiness.  Shouldn't everyone be entitled to that dream?  Are we even capable of making the decision to deny someone of it? As the land of fast food, soda, and plastic surgery, we don't generally have a great track record on decision making.  Perhaps we need to rethink whether it's even appropriate for corporate recruiters to make potentially life-altering decisions like this.  And perhaps we should stick to what we're good at--rhinoplasty with a Big Mac on the side.