Employers are Wary of Hiring Candidates without Facebook Profiles 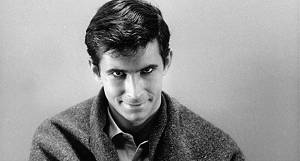 Take a poll of everyone you know, and odds are that the vast majority uses Facebook on a daily, or at the very least, monthly basis. It has risen dramatically in popularity since it was introduced in the mid-2000s, and has more users sharing pictures of their cats or misguided political views than ever before. The fact is that Facebook is ubiquitous, and even if someone doesn’t use it very often, it’s more than likely that they have an account.

Yet what happens when someone doesn’t? What are their motivations? Should it be considered a red flag? How are they viewed socially? Professionally?

As it turns out, employers tend to be suspicious of job applicants who do not have Facebook profiles. In fact, an increasing number of employers and psychologists say that people who lack a Facebook or other social networking profile are “suspicious.” Employers may believe that a lack of a Facebook profile means there were so many violations that the account had to be deleted, or that the person in question has psychopathic tendencies.

Obviously, the argument that anyone who does not have a Facebook is automatically a psychopath is flawed. People stay away from Facebook and other social networks for a myriad of reasons. Does that mean they’re the next Norman Bates? No, not even remotely. Even though numerous studies have found that people who use social media sites are more likely to be emotionally healthy, it does not mean you’re necessarily bringing a ticking time bomb aboard if you hire someone who doesn’t use Facebook.

The fact remains, however, that in the world of business, most employers want to see that their potential employees have a healthy social network. Social media pages may help employers get a glimpse of what type of person or even worker an applicant might be. In a hiring manager’s mind, no social media presence is a big red flag, and can severely hinder someone’s chances at being hired.

As of October 28, 2014, Facebook has at least 1.35 billion monthly active users. On a more granular level, the daily active users in the United States and Canada totals 152 million. Obviously, this means there are a fair amount of individuals who do not have accounts, disregarding infants and (most of) the elderly. It is this demographic, the working-age persons who do not exist on social media, that concerns employers.

Depending on the source, the rate of psychopathy in the United States sits at 1% - 3% of the general population. Considering the percentage of people who use Facebook in this country is not 97% - 99%, that means there is a large amount of individuals who do not have Facebook and who are NOT psychopaths. That’s not to say that every single person who displays psychopathic tendencies stays away from Facebook, either, so if employers strictly go by the “have/do not have” binary system, it will not be an accurate way of judging candidates.

Nevertheless, most employers just simply prefer their potential hires to have Facebook profiles. It’s not really a fair expectation, especially to all those out there who do not have accounts for valid reasons, but it’s a symptom of the times. In an ideal world, employers would go strictly by a candidate’s credentials, and not how active they are on social media. As it stands, however, it might be worth it to just sign up.